Soy Series, Part One: The Basics of Whole Soybean Foods 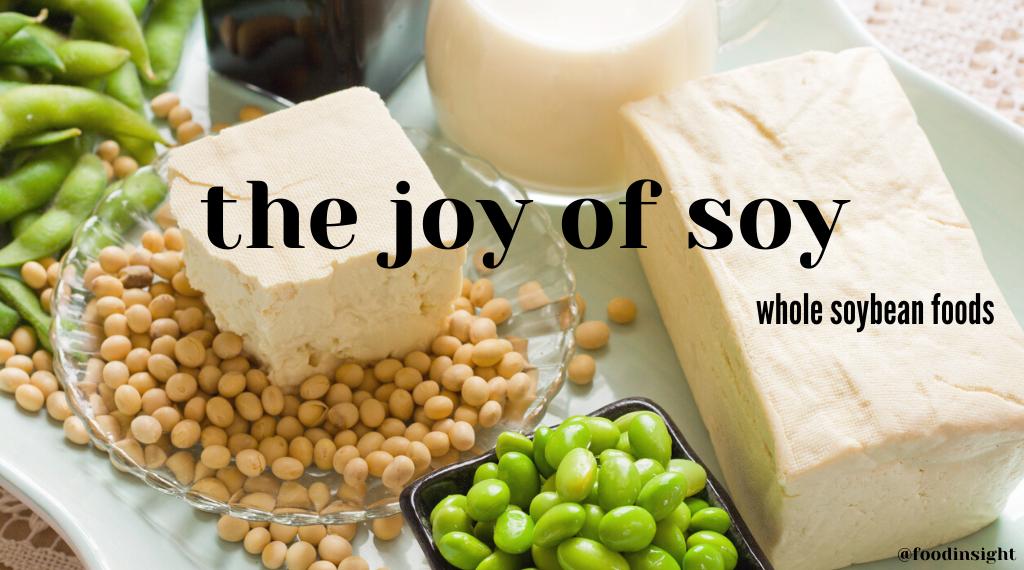 If our 2019 Food and Health Survey and perhaps many conversations you’ve had yourself about food this year are any indication, plant-based protein is big and its presence in our dietary lexicon is on the rise. Soy foods have been a key player in this arena for decades, and they’re seeing even more attention as part of a new wave of plant-centric products.

Since soy is so versatile, we’re launching a four-part series on the basics of soy foods. The first article in this series focuses on whole soybean food products, the second article discusses soy-derived ingredients used in many familiar foods, and the third homes in on soybean oil. We wrap things up with our fourth article, which looks at how soy foods impact our health.

Soy is technically classified as a legume, a group of plants whose seeds grow in enclosed pods, like peas and peanuts. But soy’s nutritional content sets it apart from most others in the legume family: Soybeans are much higher in protein and fat and lower in carbohydrates than other legumes. In addition, unlike other plant protein sources, soy is considered a complete protein since it contains each of the essential amino acids our body needs for cell metabolism, building and repairing tissues, and providing energy. In addition to its high protein content, soy is a source of fiber, polyunsaturated fats, vitamins and minerals. It’s also a plant source of omega-3 fatty acids, which are known for their cardioprotective effects. Compared with other legumes, soybeans contain more calcium, iron, magnesium, and potassium, all of which have been identified as under-consumed nutrients in the American diet. Lastly, soy provides a high concentration of isoflavones, which are plant-derived compounds that can behave like a weaker form of human estrogen and exert positive effects on our health.

Foods made from an entire soybean can be referred to as “whole soybean foods.” Let’s look at a few common options:

As you can see, whole soybean foods are a diverse and nutritionally powerful group. But what about soy-derived ingredients, like soy protein isolates and concentrates, which are found in many packaged foods? We’ll explore these uses for soybeans in the next article in this series.