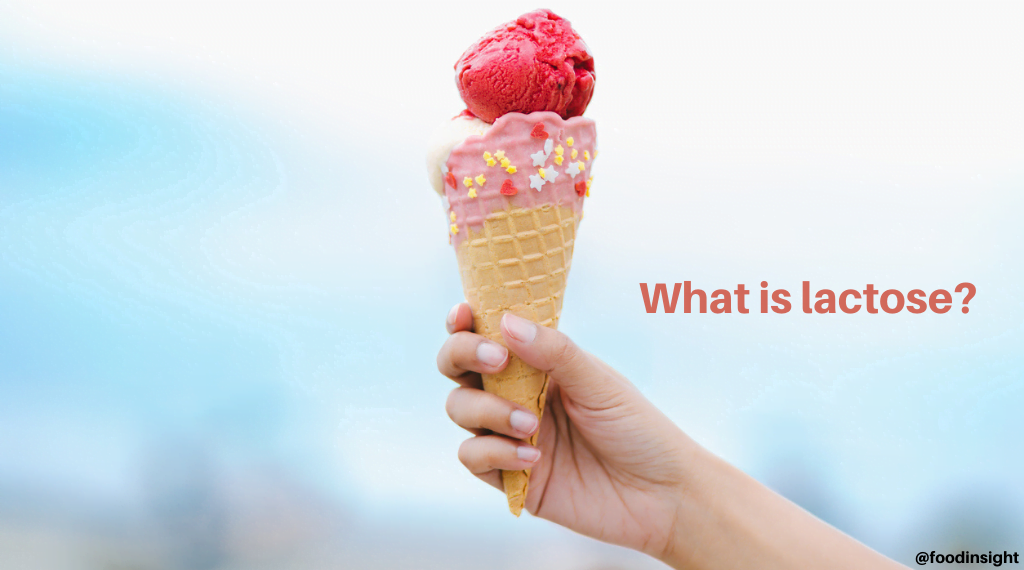 Where does lactose come from?

Lactose is sometimes referred to as “milk sugar” because it is only found naturally in the milk of mammals—including cows, goats and humans. Milk from cows and goats is used to make cheese and yogurt, but not all milk products contain the same amount of lactose. For example, hard cheeses such as cheddar, parmesan and Swiss contain very little or no lactose, whereas milk, ice cream and yogurt contain higher amounts of lactose. Hard cheeses are lower in lactose due to the removal of whey (a liquid solution of fat, lactose and protein) while they are being made as well as the continued breakdown of lactose by bacteria during the aging process.

Is lactose a natural or added sugar?

The sugar that we consume is often described as either natural sugar or added sugar. Like many other types of sugars, lactose can be considered both a natural sugar and an added sugar, depending on its source. Lactose is inherent to the milk of mammals and can also be isolated from this original source and crystallized for use as an ingredient in foods such as baked goods, caramels, frozen desserts, fudge, meat products, sauces and soups. The lactose found in plain milk and plain milk products is considered a natural sugar, whereas the lactose that is added to packaged foods and beverages as an ingredient during manufacturing is considered an added sugar.

How is lactose digested?

Lactose digestion occurs in the small intestine with the help of the enzyme known as lactase. Lactase breaks down lactose into the monosaccharides galactose and glucose, which makes them available for absorption. Glucose ultimately gets taken up by our cells with the help of insulin. Galactose is transported to the liver, where it is turned into glucose for use in energy production.

Because of the critical nutrition that lactose in breast milk provides to infants, we are born with the ability to produce lactase. Only in rare instances are infants born with lactase deficiency, a condition called congenital alactasia. Infancy is the life stage when lactase production is highest. After weaning, however, lactase production quickly and drastically slows and typically diminishes as we age. This decrease in lactase production can result in the inability to digest lactose later in life. In fact, research has shown that about two-thirds of the world’s population does not produce enough lactase to sufficiently digest lactose.

What about lactose intolerance?

Not everyone who has difficulty digesting lactose experiences the same symptoms, nor are they all considered lactose-intolerant. Lactose intolerance is a condition that stems from the body not producing enough lactase and results in the expression of physical symptoms such as abdominal bloating and cramps, diarrhea and gas. Lactase production is a biological process that is determined by our DNA. The prevalence of lactose intolerance is highest among those of East Asian descent and lowest among those of Northern European descent.

Having an intolerance for lactose is not the same as having a milk allergy. Allergic reactions to milk are the immune system’s response to the proteins (e.g., whey and casein) in milk. Lactose intolerance stems from low lactase production and results in physical responses from the digestive system. It’s important to know the difference between a food allergy and an intolerance, so talk to a registered dietitian or your primary healthcare provider if you or your child are experiencing symptoms associated with either.

To learn more about carbohydrates and sugars, watch this video.