What is the MIND diet? 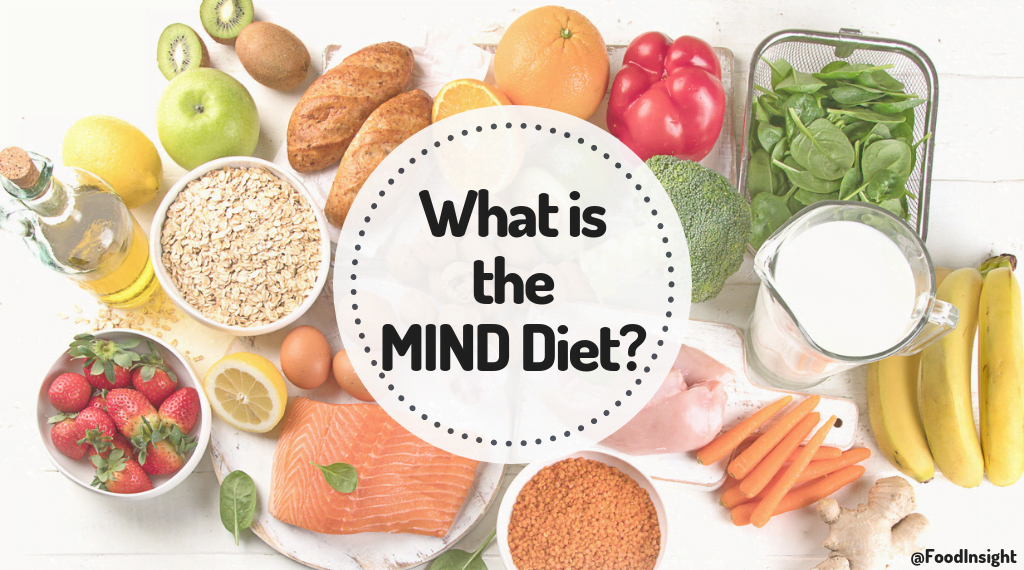 The Basics of the MIND Diet

For many years, researchers have examined the relationship between the foods we eat and their effects on our health. In 2015, researchers began to specifically examine the relationship between certain foods and their effect on brain health with the intention of (1) slowing the decline of brain health as we age and (2) reducing the risk of the development of Alzheimer’s disease. Thus, the “MIND” diet was created.

The MIND diet stands for Mediterranean-DASH Intervention for Neurodegenerative Delay. This diet combines principles from two other well-known diets: the Mediterranean diet and the DASH (Dietary Approaches to Stop Hypertension) diet. The Mediterranean diet is inspired by the traditional eating habits of those in Mediterranean countries. The DASH diet was developed as a result of clinical trials funded by the National Heart, Lung and Blood Institute (NHLBI). In the MIND diet, parts of these diets have been combined with a new goal: reduce dementia and a decline in brain health that usually occurs as we age. Specifically, the MIND diet differs from the Mediterranean and DASH diets in a few ways: It emphasizes berries, due to their antioxidant properties, over other fruits and recommends eating fish at least once per week. It also highlights the difference between green, leafy vegetables, which are rich in many nutrients and thought to reduce the risk of CVD and cognitive decline, and “other vegetables.” The MIND diet argues that both green leafy vegetables and other vegetables are essential.

Guidelines for the MIND Diet

Integrating principles of the Mediterranean and DASH diets, the MIND diet was created with ten foods to focus on and five to limit. The foods you are encouraged to eat while on the MIND diet include:

Foods to avoid or limit include:

Both the Mediterranean and DASH diets have been researched thoroughly and are associated with lower blood pressure, a decreased risk of cardiovascular disease and Type 2 diabetes. In contrast, there are only a handful of epidemiological studies examining the MIND diet’s effect on brain health and cognitive function. So far, the results have shown the MIND diet to be associated with slowing cognitive decline and a reduced risk for Alzheimer’s disease.

One of the theories behind its health benefits is that foods emphasized on the MIND diet are rich in antioxidants, which can reduce oxidative stress. Oxidative stress is defined as an imbalance between the production of free radicals and antioxidant defenses, and prolonged exposure can cause cell damage – particularly to the brain. Additionally, because the MIND diet is a combination of the Mediterranean diet and DASH diet, it’s thought to have a similar effect on improving heart health and reducing the risk of CVD and diabetes, both of which are risk factors for Alzheimer’s disease.

Although the MIND diet – in conjunction with other healthy habits like regular exercise, not smoking and getting adequate sleep – may have an effect on cognition, many other factors impact the development of Alzheimer’s disease and presently, there is no cure for it.