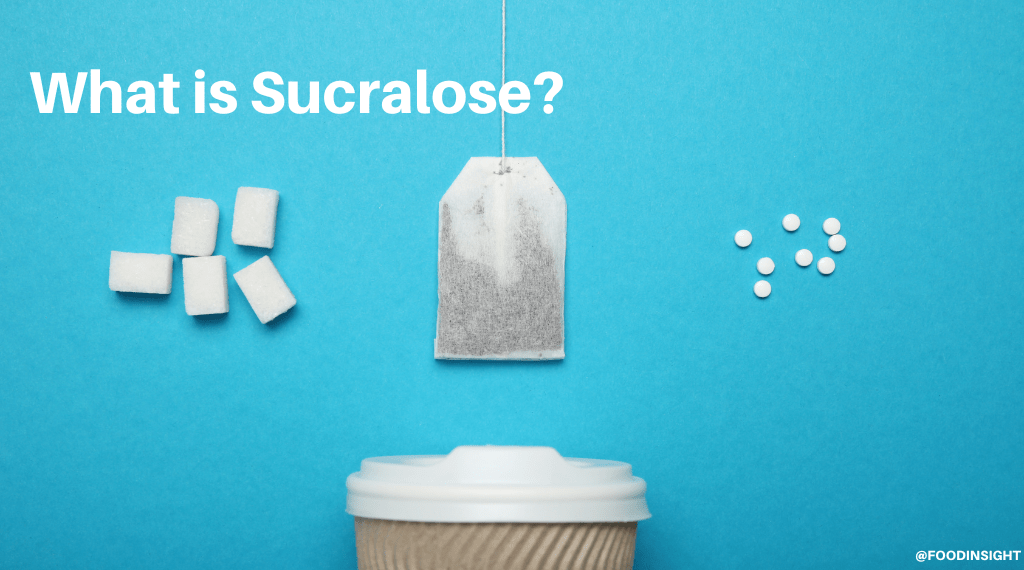 Curious about sucralose? You’re not alone. Conflicting information about low- and no-calorie sweeteners seems to be reaching new heights, so we’ve searched high and low for the facts. Here’s the lowdown on sucralose.

Sucralose is a type of sweetener that does not contain calories. It is used as an ingredient to replace sugar in reduced-calorie foods and beverages. Sucralose is the primary sweetener in some brands of tabletop sweetener packets, including Equal Sucralose® and SPLENDA® Original.

How is sucralose different from sugar?

Both sucralose and sugar (sucrose) provide sweet taste. However, sucralose is 600 times sweeter than sugar, so only a tiny amount is needed to provide the same level of sweetness as sugar. Sucralose is calorie-free, while sugar contains about four calories per gram. When we consume sugar, our body breaks it down into glucose and fructose, uses what it needs, and stores the rest in various forms for future use. In contrast, when we consume sucralose, it quickly passes through the body unchanged—it does not get broken down or stored.

Yes, sucralose is safe to consume. It’s one of eight low- and no-calorie sweeteners permitted by the U.S Food and Drug Administration (FDA) for use in the U.S. food supply. Sucralose was approved for use by the FDA in 1998.

In addition to the FDA, leading global health authorities such as the European Food Safety Authority (EFSA) and the Joint FAO/WHO Expert Committee on Food Additives (JECFA) have concluded that sucralose is safe for human consumption. The safety of sucralose has also been confirmed by Japan’s Ministry of Health, Labour and Welfare; Food Standards Australia New Zealand; and Health Canada. Based on the conclusions of these global authorities, sucralose is currently permitted for use in more than 100 countries.

Did you know that sucralose is made from a process that begins with sugar? Sucralose is made by replacing three select hydroxyl groups (-OH) on the sugar molecule with three chlorine atoms. Because of its structure, sucralose is not able to be broken down by enzymes in our digestive tract—which is why sucralose does not confer calories.

What’s the bottom line on sucralose?

Still curious about sucralose? Check out more of our sucralose resources here.