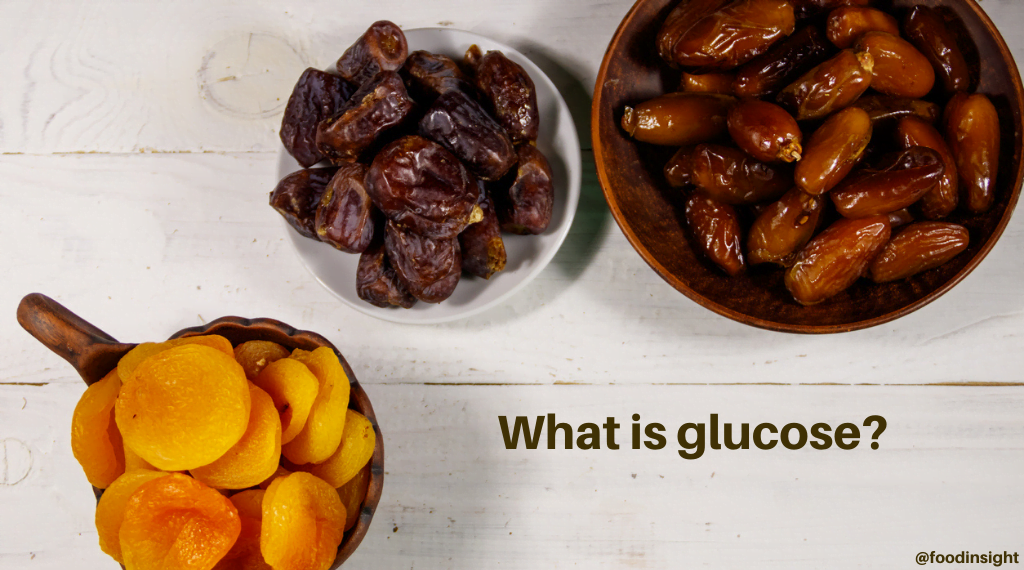 There are many different types and forms of caloric sweeteners that are collectively called “sugar.” The most familiar type of sugar is table sugar. Scientifically speaking, table sugar is sucrose, a disaccharide made of equal parts of two monosaccharides: fructose and glucose.

Monosaccharides are single units of sugar and are often referred to as “simple” sugars. The three main monosaccharides that we consume are fructose, galactose and glucose. They combine in various pairs to form the three kinds of disaccharides (two linked sugar units) that are most important in human nutrition: lactose, maltose and sucrose. Glucose is the common thread in each of these. It is part of sucrose (linked with fructose), lactose (linked with galactose), and maltose, which consists of two linked glucose units.

In addition to glucose being integral to disaccharides, it is also an integral part of life. Glucose is our body’s main source of energy, with some tissues like the brain requiring a constant supply. Glucose is referred to as “blood sugar” because it circulates in our bloodstream as a source of readily available energy. It is also stored in the body as glycogen for energy reserves during times when sufficient glucose may not be available in the blood.

Where does glucose come from?

Glucose is the most common monosaccharide found in nature. In plants, it is generated through photosynthesis. Some plants store glucose in linked chains. These chains are called starch. Common starch-containing foods include corn, potatoes, rice and wheat. Starch is commercially separated from these whole food sources to make dextrose, glucose, maltodextrins, polyols and high fructose corn syrup to be used as ingredients in the production of some foods, beverages, dressings and sauces.

Is glucose a natural or added sugar?

The sugar that we consume is often described as natural sugar or added sugar, depending on its source. Glucose is considered a natural sugar when consumed directly from whole foods such as apricots and dates. Glucose is considered an added sugar when consumed from packaged foods and beverages to which it has been added during manufacturing. Unfortunately, only about one in ten American adults eats the recommended amount of fruits or vegetables per day, while six in ten American adults eat more added sugars than is recommended.

How is glucose digested?

Glucose does not technically require digestion. Instead, it is absorbed in the small intestine directly into the bloodstream, where it can be used for energy or eventually stored as glycogen in muscle and liver. We consume glucose directly from foods like honey, and we also get glucose from foods and beverages that contain lactose, sucrose and starch. When we eat starch-containing foods, the saliva in our mouth must first break down starch into maltose (pairs of linked glucose units). Maltose is then broken down further into its individual glucose units, making them available for absorption. Similar to maltose digestion, when we consume lactose and sucrose, glucose is absorbed after being separated from its partner monosaccharide (galactose in lactose and fructose in sucrose). The steps involved in disaccharide and starch digestion make it take longer to absorb glucose, which results in less of a rise in blood sugar than consuming glucose directly.

Can our bodies make glucose?

Our bodies require glucose to function. It is particularly critical for our brain, as this organ uses about 60% of the glucose that our bodies use. But glucose does not always have to come immediately from foods and beverages. Glucose is generated by the body to ensure that we always have the amount needed. One way this is done is by breaking down glycogen to free up the glucose it contains. Glycogen breakdown occurs between meals or during periods of intense physical activity. The body can also produce glucose through gluconeogenesis, a process by which the body (mainly the liver) makes glucose from non-carbohydrate sources. Gluconeogenesis occurs when glycogen stores become low and glucose consumption is too low or nonexistent, such as during periods of starvation or prolonged fasting.

To learn more about carbohydrates and sugars, watch this video.