What is Brown Sugar? 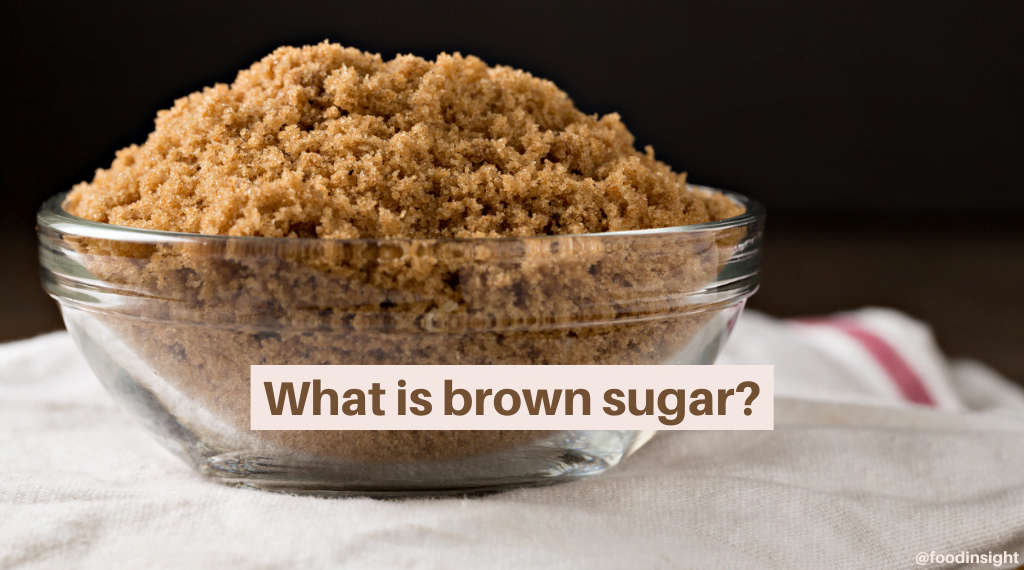 There are many different types and forms of caloric sweeteners that we collectively call “sugar.” Some sugars, such as high fructose corn syrup, come in liquid form as a mixture of the monosaccharides glucose and fructose. Other sugars, such as brown sugar, come in solid forms and primarily consist of sucrose, a disaccharide made of equal parts of two monosaccharides: fructose and glucose.

Brown sugar contains about the same number of calories per teaspoon as white table sugar. The main difference between table sugar and brown sugar is the presence of molasses, which gives brown sugar its distinct color, flavor and moisture. Brown sugars can come in various forms (e.g., coarse or soft), depending on their moisture content, which can be modified through different processing techniques and by adjusting the amount of molasses they contain. The types of brown sugar that people are probably most familiar with are soft light and dark brown sugar—the kinds that are commonly used in baking.

Where does brown sugar come from?

Sugar is produced through the refinement of sugar beets and sugar cane. In the U.S., sugar beets are grown in 11 states. According to the U.S. Department of Agriculture, the top sugar-beet-producing state is Minnesota, followed by Idaho, North Dakota and Michigan. U.S. sugar cane is produced in regions of three states: southern Florida, the Mississippi Delta region of Louisiana and southern Texas. According to the U.S. Department of Agriculture, Florida is the top sugar-cane-producing state.

Is brown sugar a natural or added sugar?

Sucrose and molasses are both found naturally in sugar beets and sugar cane. Sucrose is also found in whole plant foods like fruits and vegetables. When sucrose is consumed from whole foods, it is considered a natural sugar. When sugars like brown sugar, molasses or sucrose are consumed from packaged foods and beverages to which they have been added during manufacturing or in home baking and cooking, they are considered added sugars.

How is brown sugar digested?

Brown sugar contains the disaccharide sucrose, in addition to the monosaccharides fructose and glucose. When brown sugar is consumed, it’s used for energy in a way that is similar to how other sugars are processed by the body. Sucrose is broken down into equal parts glucose and fructose. Glucose ultimately gets taken up by our cells with the help of insulin, while fructose is handled in the liver and does not need insulin to be absorbed. Although there is a trace amount of various nutrients in brown sugar that come from molasses, brown sugar is not considered healthier than other sugars.

To learn more about carbohydrates and sugars like sucrose, fructose and glucose, watch this video.