How GMO Technology Saved the Papaya 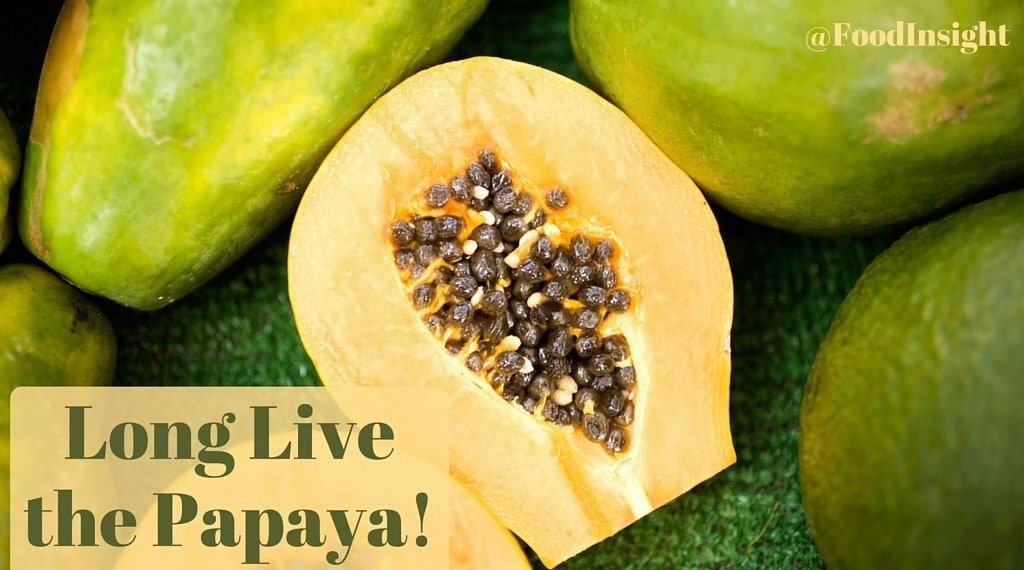 Oh, sweet summertime. These long, hot days are the perfect chance to enjoy cool, refreshing fruits and vegetables. They keep you hydrated, are chock full of vitamins and are, of course, delicious. Pineapple. Watermelon. Strawberries. I could go on.

But one popular summertime fruit, the papaya, was almost wiped out. June is National Papaya Month and a great time not just to enjoy papayas, but also to learn about how it’s only thanks to biotechnology that we’re all able to eat Hawaiian papaya today.

Without biotechnology, “There’s no papaya industry. Simple as that,” said Dennis Gonsalves, the scientist who developed the GMO papaya.

The papaya ringspot virus nearly wiped the crop out. The virus first hit Hawaii in the 1940s and by the 1990s had reached almost every area that grows papaya. Production fell 50 percent between 1993 and 2006.

Thankfully, Gonsalves, a Hawaiian-born scientist at Cornell University, developed a genetically modified papaya, known as the Rainbow papaya, designed to be resistant to the virus.

Gonsalves and his team planted a trial of the Rainbow papaya on the island of Puna. Within 11 months, the non-GMO papaya became infected with the virus. After 27 months, The New York Times explains, “Standing dark green and papaya-laden, the trees provided 125,000 pounds of fruit per acre in a year; the conventional trees, stunted with yellowed, mosaic leaves, average 5,000 pounds.”

The team of scientists then worked with a public-private partnership to help make the seeds commercially available to farmers. Within two years, more than half of all the papaya grown on Hawaii was GMO. A decade later, GM papaya accounted for over 90 percent of papaya production.

For farmers, the GMO papaya has made a world of difference.

“GM papayas mean sustainability for our family farm. The farm started with my grandfather and went to my dad, now my brother and hopefully another generation,” Joni Kamiya, the daughter of a Hawaiian papaya farmer, told me.

“The difference of going GM means one less worry about crop failure from the virus that remains ever-present to this day.”

This article was written by Elizabeth Held and reviewed by Tamika Sims, PhD.