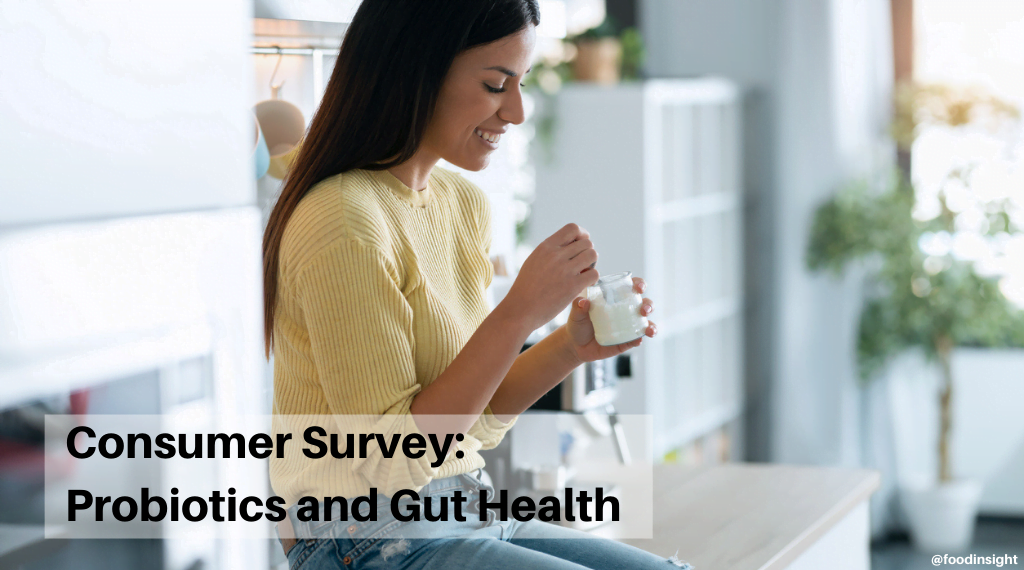 From kombucha to kimchi to kefir, the connection between certain foods and gut health is a hot topic in nutrition right now. And this trend is more than a gut feeling: Americans’ interest in learning more about prebiotics, probiotics, postbiotics and the gut microbiome has grown significantly over the past decade. IFIC’S 2021 Food and Health Survey found that more people were trying to consume probiotics and prebiotics in 2021 compared with just one year earlier. But to what extent do Americans prioritize gut health? How familiar are we with food components like pre-, pro-, post- and synbiotics? What products are we choosing, and why? This survey took a deeper dive.

On the contrary, among those who said they were familiar with probiotics but don’t actively try to consume them, their top reasons were having more important priorities when it comes to food choices (29%) and believing that products with probiotics are too expensive (23%). Nearly one in five (19%) said they don’t consume probiotics because they don’t know which foods or beverages are sources of probiotics, with people ages 65 and over more likely to say this than those ages 45–64.

Survey results were derived from online interviews of 1,000 adults conducted from March 4th to March 9th, 2022, by Lincoln Park Strategies. They were weighted to ensure proportional representation of the U.S. population, with a margin of error of ±3.1 points at the 95% confidence level.