“We shouldn’t be consuming chemicals, only things found in nature.” I’m sure all of us have heard this phrase or some variation before.

Believing that we should avoid food and food ingredients with “deadly chemicals” is a noble pursuit, but often one where the chemical culprits are also found naturally in the foods we eat. We can’t just not eat, and despite the obvious reasons why that wouldn’t be ideal, food should be enjoyable, not a constant concern that nags at us every minute of the day.

Instead of being fearful, let’s get the facts. Here are two chemical compounds that are also naturally occurring in common foods we eat. 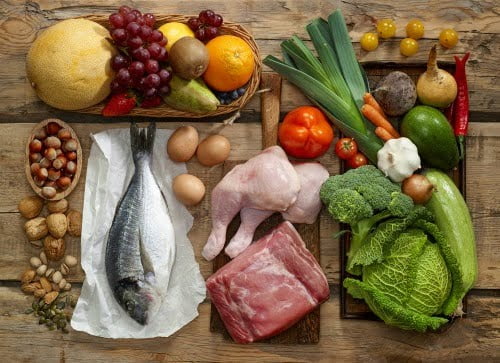 The first on our list: formaldehyde! Always in our minds as dangerous and lethal, the obvious thing to do is completely ensure this chemical compound is as far away from you as possible. In homes around the country, it’s most often seen in cosmetics like shampoos, makeup, and lotions, and many have been going “all natural” in an effort to stay safe.

But hold on! It’s also naturally occurring in many foods. Fruits like apples, bananas, grapes, and plums; vegetables like onions, carrots, and spinach; and even meats like seafood, beef, and poultry contain formaldehyde. Even humans produce it naturally, and it’s necessary for basic biological functions involved in metabolism like in the production of certain amino acids.

While exposure to high levels of formaldehyde is dangerous, concern is mostly at the occupational level where the EPA has set strict standards on how much workers can be exposed to in a given day. But for most people, it shouldn’t even be a cause for concern, and you definitely shouldn’t stop consuming fruits and vegetables. Even in cosmetics, the amount of formaldehyde present is equivalent to the amount found in a pear or apple, and its use is to prevent potentially dangerous bacteria, fungi, and yeast from forming (sort of like nitrates preventing the deadly botulism toxin from forming in bacon).

If you’re still worried, formaldehyde is water-soluble (aka dissolves in water): If you wash or soak foods in water, it will lessen the amount of formaldehyde in them. Also, practicing safe food preparation, such as cooking food to an internal temperature of 170F or above, which will also lower formaldehyde levels. 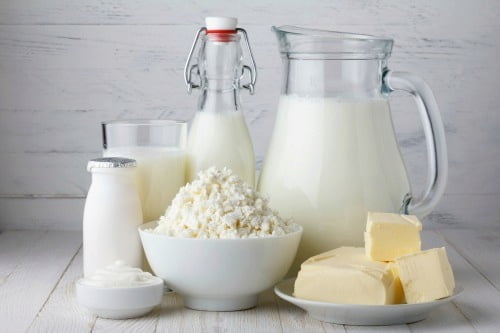 I first heard of acetaldehyde when I read articles about how “this carcinogen has been found in food.” The article’s sensationalist headline gave way to paragraphs insinuating that it was added to food by an evil ne’er-do-well. Since I’m not one to be swayed from a single article (thank you Master’s in Library Science), a search revealed that acetaldehyde is found naturally in food … womp womp.

Acetaldehyde is found in fruits, vegetables, bread, vinegar, and milk and milk products. Similar to formaldehyde, if we tried to completely remove this chemical compound from our diet, we would say goodbye to a lot of healthful and nutrient-dense foods like bananas, lemons, apples, and milk. But lucky for most of us, we aren’t consuming enough acetaldehyde in our diets for it to pose a health risk.

When it comes to assessing the level of risk of a health hazard, we also need to consider that the exposure influences risk and use this simple equation to assess risk:  Risk = Hazard x Exposure. If you’re not smoking cigarettes or embalming animals, your exposure to formaldehyde and acetaldehyde from food and food ingredients is going to be pretty low.

Sensational headlines make it pretty hard for us not to fear unpronounceable chemicals, but the truth is that we have nothing to fear.

This article was written by Kamilah Guiden and reviewed by Megan Meyer, PhD.