UPDATE (March 20, 2015): The FDA has concluded that six varieties of genetically engineered potatoes are “as safe and nutritious as their conventional counterparts.”

USDA’s Animal and Plant Health Inspection Service (APHIS) recently announced the “deregulated” status for a new variety of genetically engineered potato that has been improved to produce less of the heat-formed compound, acrylamide, as well as to reduce black spot resulting from bruising. This announcement means that the three agencies that regulate genetically engineered foods (or foods produced through biotechnology) in the U.S. – FDA, USDA, and EPA – have completed the necessary safety and environmental impact assessments for the crop variety and that the crop can now be grown for commercial use.

What does acrylamide do?

Acrylamide is a naturally-occurring compound found in many foods in the diet, such as bread, coffee, cereals, whole grain bread and bakery products, nuts, some fruits and vegetables, and potatoes and potato products (e.g. chips, French fries, etc.). When heated, these foods produce acrylamide. The overall scientific research currently shows that acrylamide levels in the average human diet are low and do not approach a level that would be harmful to health. However, some studies indicating a connection between higher levels of acrylamide and some types of cancer have raised concerns among public health organizations and advocates. While the majority of dietary acrylamide doesn’t come from any one source, the ability to reduce dietary acrylamide in a commonly consumed source is an important scientific break-through in that the technology could be applied in similar ways across food categories and potentially to other undesirable food components.

To produce the low-acrylamide potato, researchers used a new form of biotechnology similar to traditional breeding, in which the plant’s own DNA was used (foreign genes are not used) to enhance desirable traits, in this case lower levels of asparagine (the compound that is converted to acrylamide when the potato is cooked) and lower black spot, which contributes to browning.

What is the importance of having a low-bruising potato, you ask? 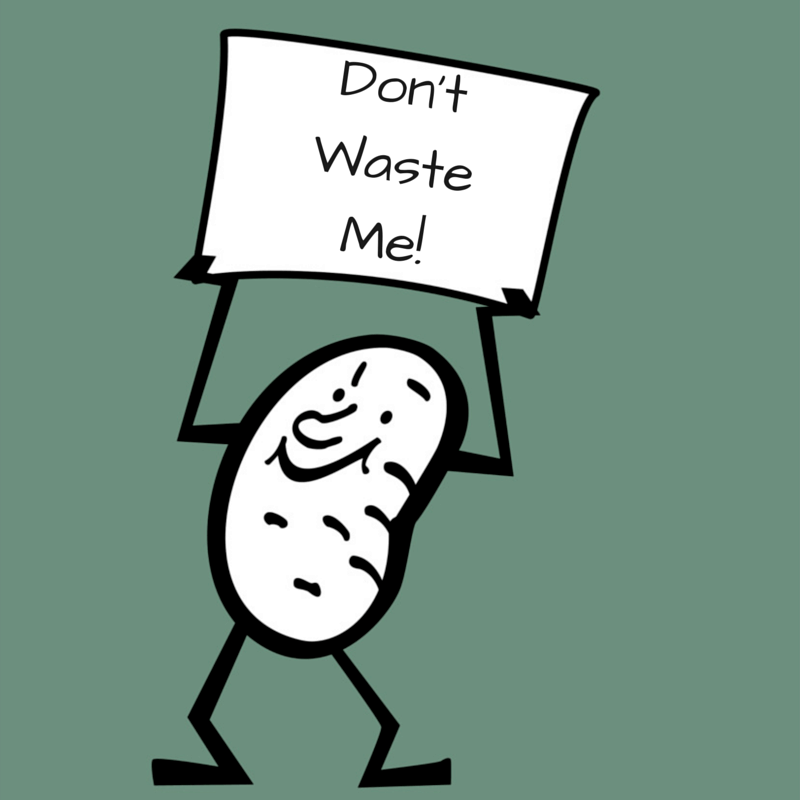 Many potatoes are currently lost as food waste because of cosmetic and food quality issues associated with bruising. The new potato withstands much of the jostling that comes with harvesting, processing, and transporting potatoes from the farm to the distributor and then to the retailer. As a result, they bruise less and make it possible to reduce post-harvest food loss. Since 31 percent of food produced in the U.S. was lost to food waste in 2010 (USDA ERS, 2014), reducing post-harvest food loss is extremely important for improved sustainability and food availability. The new low-acrylamide potato could potentially save 400 million pounds of potato waste each year in the U.S. in the foodservice, restaurant, and supermarket sectors – that’s a lot of spuds!

There will be three varieties of the potato available – Russet Burbank, Ranger Russet, and Atlantic – that will be grown just like regular potatoes (in select test markets at first) and offer the same taste and growing characteristics as conventionally produced potatoes. This potato is not going to show up in the produce section of the grocery store any time soon – it will be primarily used in foodservice applications at first (beginning in 2015), where large quantities of potatoes are used every day. An added bonus: The potatoes won’t brown as fast after they’ve been peeled and sliced – That would be a nice benefit while making my Thanksgiving mashed potatoes next week – guess I’ll have to wait!