Getting Personal: How Much Sodium Do We Need? 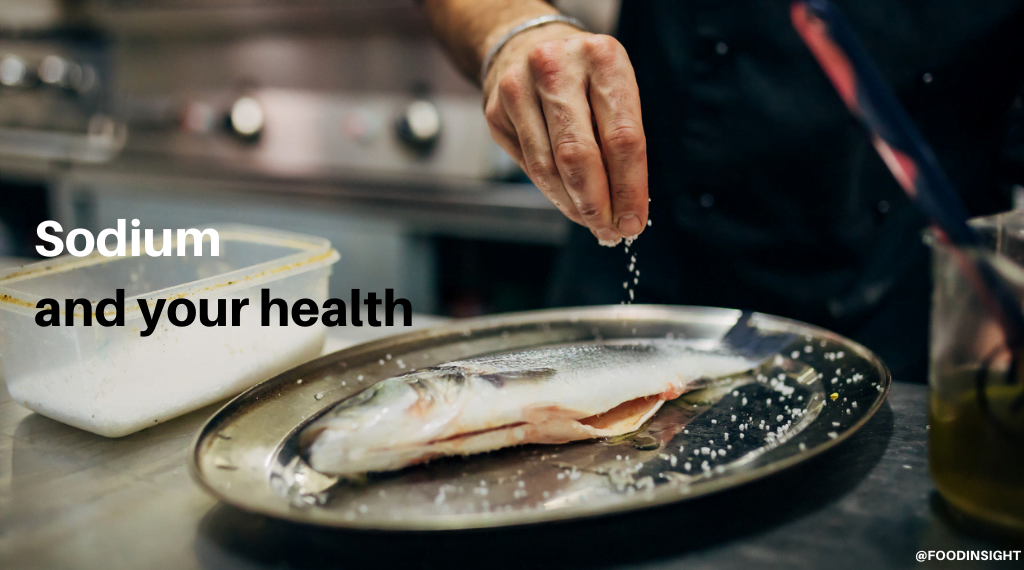 In the field of nutrition, one thing is clear: There is no “one-size-fits-all” approach to a healthy, maintainable eating pattern. Our genetics and environment play significant roles in how our bodies respond to and use certain foods and nutrients. Today, let’s focus on sodium.

Sodium is a vital mineral that is part of sodium chloride, more commonly known as table salt. We add sodium to foods ourselves when we sprinkle salt on soups, pasta, or roasted vegetables. It’s also found in many packaged and prepared foods, where it not only adds flavor but also contributes to texture and freshness in its role as a preservative. Sodium can increase the overall safety and quality of our food by lowering water activity, thus prolonging a food product’s shelf life and delaying spoilage. In fact, salt was used as the primary method of preserving meats and various other foods before the invention of industrialized refrigeration. Ninety percent of the sodium we consume is in the form of sodium chloride, but other sodium compounds, such as sodium nitrate and sodium nitrite, are used as antimicrobial agents in some foods.

How does sodium affect our health?

A small amount of sodium is essential to keep our bodies working as they should. It’s critical for things like muscle function (including the heart) and keeping our nervous system working properly, and it helps to control fluid balance. The Dietary Guidelines for Americans recommend that we consume less than 2,300 milligrams (mg) of sodium each day, which is the amount of sodium in about one teaspoon of table salt.

However, it’s well-known that most Americans—an estimated 90 to 95 percent of us—eat much more sodium than the recommended amount (3,400 mg on average, every day). Usually, our kidneys do a great job of regulating sodium intake by excreting what we don’t need within a few hours. But when our body’s sodium-regulation system gets out of whack, problems can arise. Consistently consuming too much sodium, usually over several years, puts extra stress on the heart and blood vessels. Over time, this chronic stress can contribute to high blood pressure. High blood pressure, also called hypertension, is associated with risk for heart disease and strokes. There are other risk factors for hypertension, including being overweight or obese, eating an otherwise unhealthy diet, and a lack of physical activity, to name a few. Along with making other lifestyle changes like managing stress, eating well, and exercising more, decreasing sodium intake (if you are consuming too much of it) is one way to help bring down blood pressure.

Of course, reducing our salt intake is easier said than done; it can be incredibly challenging to make meaningful changes when so much of our sodium comes from the packaged and restaurant foods we often rely on. In addition to individual efforts, structural changes across the overall food supply could make lower-sodium options more prevalent and reduce our sodium intake. As such, the federal government has issued guidance for industry to steer food manufacturers and restaurants toward voluntary, gradual sodium-reduction goals.

So what’s the “personal” aspect of this health connection?

Even though it’s important to have dietary guidelines for the U.S. population as a whole, research continues to demonstrate that a universal approach doesn’t always apply to individual health outcomes stemming from food and nutrient intake. Blood pressure responses to dietary sodium intake vary considerably from person to person, a phenomenon called salt sensitivity. Some people are very efficient at removing sodium from the bloodstream without an increase in blood pressure, and others—known as “salt-sensitive” individuals—cannot excrete sodium without a blood pressure increase. Age is a factor in this phenomenon: Sensitivity to salt increases with age. A 60-year-old person may see a greater reduction in blood pressure from eating less sodium than a 20-year-old. Genetics also play a very important role, though it’s one that is still being defined.

About 25% of the U.S. adult population is salt-sensitive, and a little less than half of these people also have hypertension. Salt-sensitive people are likely to benefit the most from decreasing their sodium intake to the recommended 2,300 mg per day (and in some cases, aiming for lower than that). For people with particularly high sodium intakes, a reduction of 1,000 mg per day has been shown to lower blood pressure regardless of achieving the recommended goal.

The problem? So far, there’s no practical, affordable, and easy way to test for salt sensitivity at the doctor’s office. Even though researchers have identified a few genes that may be involved, we still don’t know enough to be able to explain how any single variation—or more likely, a network of genetic differences—affects blood pressure in humans. In order for health professionals to focus on people who can benefit the most from lowering their sodium intake, better diagnostic methods are still needed.

So what should I do?

Even though more research needs to be done to determine the best indicators of salt sensitivity and to find better methods for diagnosis, everyone can take steps to keep sodium intake in check. The American Heart Association has an extensive list of ways to lower sodium intake or keep it near 2,300 mg per day, but you can start by reading nutrition labels to check how much sodium is in a serving of your favorite foods, selecting “low-sodium” versions of foods like soups and broths, choosing fresh fruits and vegetables and other non-packaged whole foods for meals and snacks, and getting creative by flavoring your foods with sodium-free herbs, spices, and citrus.

We still have a lot to learn about how sodium affects each of us personally, but these options can help keep us on the right track toward more healthful choices.