What is Monk Fruit? 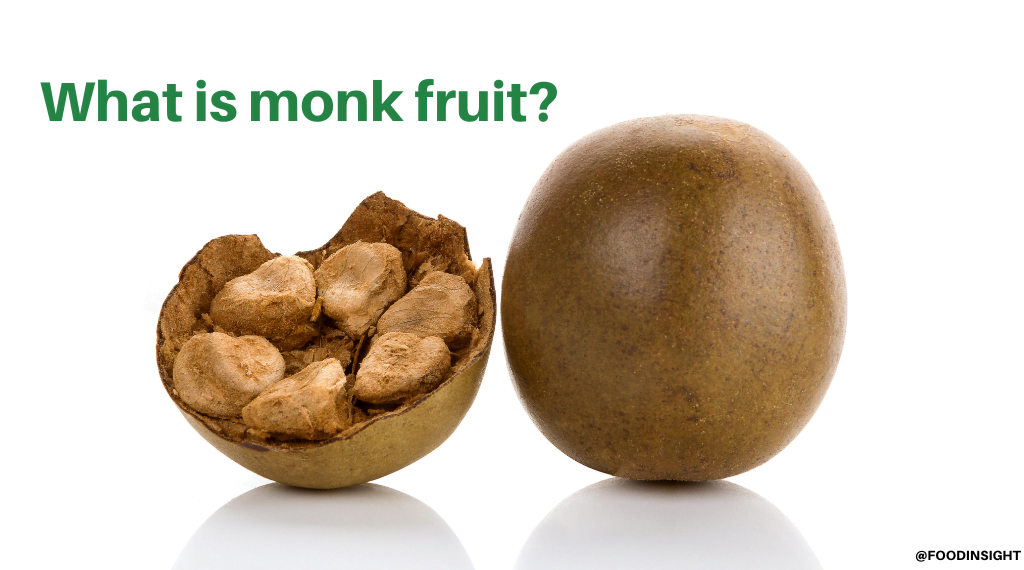 Curious about monk fruit? You’re not alone. Conflicting information about low- and no-calorie sweeteners seems to be reaching new heights, so we’ve searched high and low for the facts. Here’s the lowdown on monk fruit sweeteners.

What is monk fruit?

Monk fruit, also known as luo han guo or Swingle fruit, is a small round fruit that is native to southern China. It has been used for centuries in Eastern medicine as both a cold remedy and a digestive aid.

More recently, extracts from monk fruit have been used to provide calorie-free sweetness in reduced-calorie foods and beverages. Monk fruit extracts are also used in some brands of tabletop sweeteners, such as Monk Fruit In The Raw®, Lakanto®, SPLENDA® Naturals Monk Fruit Sweetener, SweetLeaf®, Wholesome®, and Whole Earth®.

How are monk fruit sweeteners different from sugar?

Monk fruit sweeteners do not contain calories or raise blood glucose like sugar does. When we consume sugar, our body breaks it down into the monosaccharides that make up sugar—fructose and glucose, uses what it needs, and stores the rest for future use. But when we consume monk fruit sweeteners, the mogrosides they contain are used for energy by our gut microbes in the colon. The majority of what remains is excreted through the gastrointestinal tract and into our urine.

In addition to its approval by the FDA, the safety of monk fruit sweeteners has been confirmed by health agencies in countries around the world, including the government of China; Food Standards Australia New Zealand (FSANZ); Japan’s Ministry of Health, Labour and Welfare; and Health Canada, which permit it in tabletop sweetener packets only. Based on the conclusions of global authorities, monk fruit sweeteners are currently permitted for use in more than 60 countries.

In Europe, however, regulatory approval for the use of monk fruit sweeteners as a food additive is pending. The scientific opinion of the European Food Safety Authority (EFSA), published in 2019, stated that data was insufficient at that time for EFSA to make a conclusion regarding the safety of using monk fruit extracts in foods.

Did you know that monk fruit is a gourd? Although it may look more like a lime or kiwi, monk fruit is part of the gourd family (Cucurbitaceae), making it a relative of cucumber, melons, and zucchini.

Do you know how monk fruit got its name(s)? The scientific name for monk fruit, Siraitia grosvenorii, is an ode to Gilbert Hovey Grosvenor, the former president of the National Geographic Society (NGS). The NGS helped fund a 1930s expedition to China to find the plant in its natural habitat. In addition, monk fruit is said to be named after Buddhist monks who grew the fruit as early as eight centuries ago in mountainous regions of southern China.