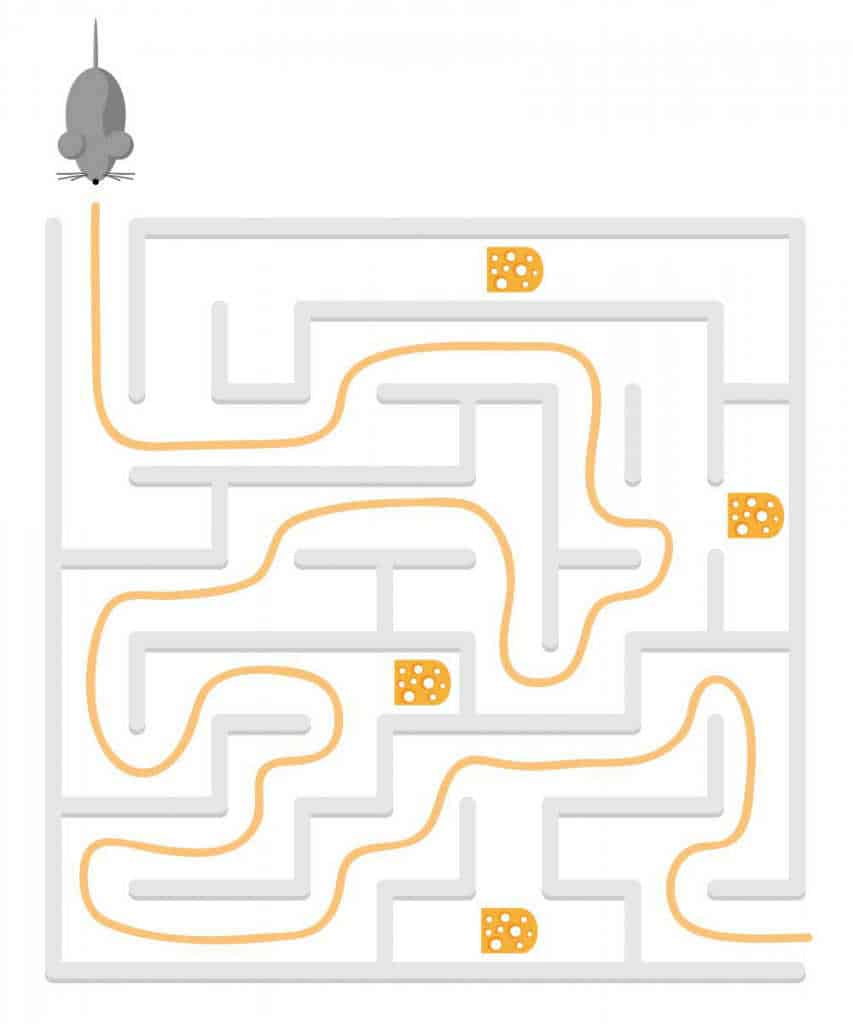 The latest study examining the health effects of sugars has dangled another piece of cheese in front of us. Will you bite?

This week, researchers at the University of Utah published a study in The Journal of Nutrition claiming that High-Fructose Corn Syrup (HFCS) is more “toxic” than sucrose. Many in the media have bitten, but we can avoid getting stuck in another mousetrap of misinterpreting scientific research findings.

First let’s be clear, researchers completed this study in mice. Not humans—mice. Second, the study was not a randomized clinical control trial (the gold standard). It was a dietary intervention study.

Some media (and the press release) have devoted attention to the possibility of sugars’ effect on gut bacteria. The authors state, “So we speculate that the different sugars could favor different microbes in the guts of mice. Other research has shown differences in bacterial communities in the gut to be associated with metabolic diseases in rodents and in humans. It’s possible one form of sugar causes more bacteria to get across your gut than another.” (Emphasis added)

“It’s always important to think critically when reading scientific studies in the popular press,” said Kris Sollid, RD, at the International Food Information Council (IFIC) and IFIC Foundation. “Does the piece you’re reading report the study accurately? The only way to know for sure is to read the study—and how many people take the time to do that?” he said.

Take this study, for example. Curiously, an assessment of whether sucrose or fructose or glucose monosaccharides are “equally toxic” to male mice is not undertaken. Neither are the potential differing effects of individual added sugars on gut bacteria. Yet, these are the statements and headlines that get put out for public consumption.

John Sievenpiper, MD, PhD, FRCPC, Associate Professor in the Department of Nutritional Sciences at the University of Toronto offered this take on the study: “It is yet another example of distortion by the media (and the authors through their press release) of low quality animal evidence,” he told us. “The highest level of evidence from randomized controlled trials consistently shows that there are no material differences between HFCS and sucrose in humans.”

A detailed review of the study comes from Megan Meyer, Microbiology and Immunology Doctoral Student at the University of North Carolina at Chapel Hill:

Nutrition experts have long debated whether increased added sugar intake contributes to obesity or chronic diseases. Further, many experts have investigated the similarities and differences between the various types of added sugars. The most common types of added sugars found in the American diet include sucrose (a fructose and glucose disaccharide) and high-fructose corn syrup (a fructose and glucose monosaccharide). For a comprehensive summary detailing the differences among added sugars, see the FoodInsight’s Q&A about Added Sugar and series on The Science of Sugars.

Some speculate that the difference in sugar structure causes adverse health effects. Others hypothesize that the fructose component of added sugar negatively impacts health outcomes since fructose is predominately metabolized in the liver and does not need insulin for metabolism. As such, we need investigative studies to compare the effects of different added sugars on health outcomes. This most recent study has received attention from the media, but what is the verdict of the study? Was the research conducted in a scientifically sound manner? With the IFIC Foundation Study Evaluation Checklist, we’ve evaluated the hypothesis, design, methods, and analyses to help critically weigh the results and conclusions of the study.

How did the study do on the checklist? As you can see, the article contained a large number of flaws and did not pass the guidelines for assessing a scientific study.

While the paper reported the effects of added sugars on health outcomes in mice, the findings have less significance to humans due to the use of animal models, incomplete and invalid methodologies, and lack of a control group.

The authors concluded by stating that their “study should not be seen as a vindication of sucrose.” Scientific experts and health care professionals share this important point and emphasize the importance of consuming a balanced diet that provides adequate calories and nutrients from a variety of sources. For some health care professionals, this means limiting individual intake of added sugars.

Most importantly, consumers and nutrition experts need to focus on improving overall diets to move toward positive health changes. Ultimately, the findings from Ruff et al. suggest that 25% of calories from fructose and glucose monosaccharides negatively affect female mouse survival and reproduction. While these results are interesting observations and the source of media fodder, whether we can apply these findings to human health remains to be seen.