Most of us can hardly imagine a morning without our daily jolt of caffeine, usually in the form of brewed coffee, espresso or tea. In the early hours of the morning, our cup of choice feels like a warm hug as we prepare to take on the day. For the general population, caffeine’s stimulatory effect is safe (and usually welcome!). But during pregnancy, many women have questions about how caffeine might affect their growing baby, and they’re often met with quite a bit of conflicting health information. Let’s look at the current expert recommendations about whether or not it’s safe for pregnant women to consume caffeine.

Caffeine is a naturally occurring substance found in the leaves, seeds and fruits of more than 60 types of plants. Caffeine is a stimulant and, for many people, it increases alertness and the ability to focus while also helping us stay awake. Moreover, caffeine can improve headache relief when taken in conjunction with other pain relievers. Some caffeinated beverages contain antioxidants, which are beneficial compounds that protect our cells from damage and reduce inflammation. While caffeine offers several benefits, too much caffeine may cause nervousness, heart palpitations and headaches for some people. The FDA has cited 400 milligrams (mg) of caffeine per day, about the amount in 4­–5 cups of coffee, as an amount not generally associated with negative effects for healthy adults—while cautioning that there are differences in how sensitive people are to the effects of caffeine and how fast they metabolize it.

Caffeine may be enjoyed by healthy pregnant women, but the amount should be monitored. Pregnant women metabolize caffeine slower than people who are not pregnant, and there has been some concern that caffeine may cross the placenta and enter the baby’s bloodstream. For this reason, health groups such as the American College of Obstetricians and Gynecologists (ACOG) state that only moderate amounts of caffeine—no more than 200 mg per day— are safe for pregnant women. Staying within these limits has not been linked to an increased risk of miscarriage, low birth weight or preterm birth.

How much caffeine you consume each day is dependent on the caffeine source and the amount of food or drink consumed. In the chart below, we’ve listed amounts of caffeine that are found in common foods and beverages. The most typical sources of caffeine in our diet are brewed coffee, espresso and tea. Caffeine levels in coffee will vary based on the type of bean, how long it was roasted, and how it was brewed, with the typical range being 95–200 mg per eight-ounce cup. In contrast, the range of caffeine per one ounce of espresso is 47–75 mg. And there’s less caffeine in tea compared with both espresso and brewed coffee, with an eight-ounce cup having about 14–70mg of caffeine, depending on the specific type of tea. 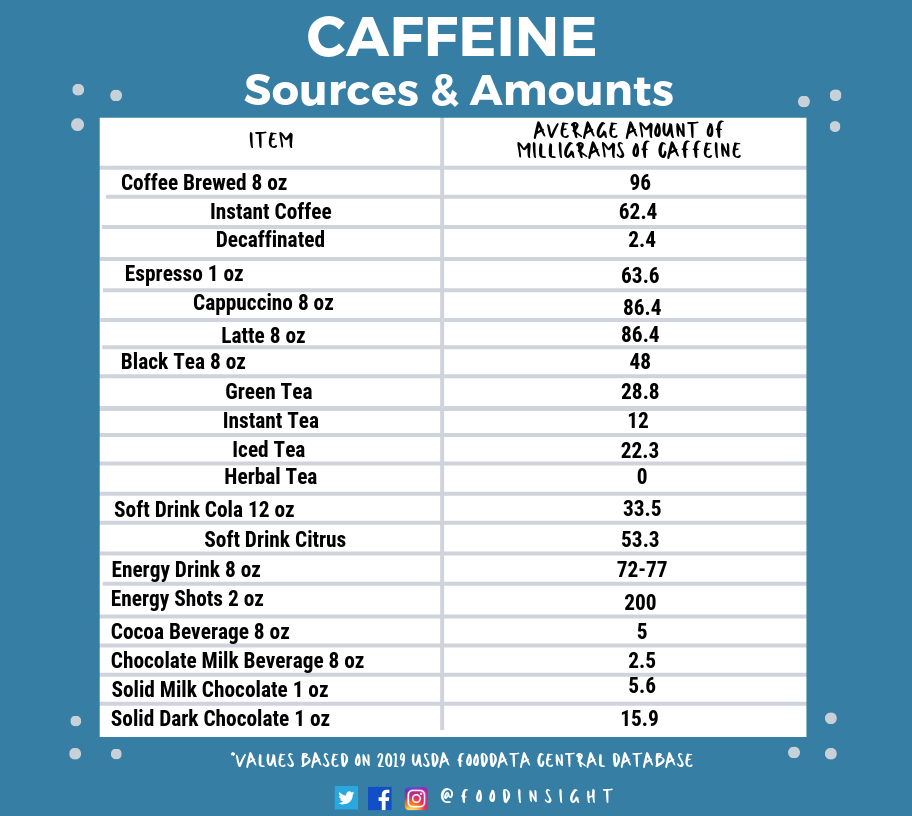 If you’re pregnant and you particularly enjoy a cup of brewed coffee, espresso or tea at some point during your day, there’s generally no need to worry. Caffeine is safe for healthy pregnant women to consume, as long as they consume 200 mg or less a day. As with all your health decisions, if you have concerns or questions about whether or not caffeine is right for you during your pregnancy, be sure to check with your physician. Happy sipping!