In a presentation given at the Institute of Food Technologists Annual Meeting in July 2010, Dr. Gilbert A. Leveille, Past President of the American Society for Nutrition and the Institute of Food Technologists, presented the history, current state, and potential future relationship between food science and nutrition science.  Dr. Leveille’s presentation addressed the need for greater collaboration, particularly in the current environment where food policy and regulations depend upon understanding the science surrounding these often competing disciplines. His remarks received a standing ovation from the large audience comprised of scientists and researchers in these two disciplines.  Some of the key points from his presentation follow.

An Historic Look at the Fields of Food Science and Nutrition

An important introduction to this topic is the definitions of nutrition and food science/food technology—equally important and mutually dependent scientific disciplines.  Food science is the study of the physical, biological, and chemical makeup of food and the concepts underlying food processing. Food technology, on the other hand, is the application of food science to the selection, preservation, processing, packaging, distribution, and use of safe food.  In one hundred years, we have progressed from striving to get enough food through decades of innovation, convenience in new products, the introduction of the concept of nutrition and food safety, to changing styles of food consumption.  Building on the work of many notable scientists like Louis Pasteur and other contributors to the evolution of food science, what will the future of food science bring us?

There are many definitions of nutrition, but perhaps the most comprehensive is that of the American Medical Association’s Council on Food and Nutrition which reads, “The science of food, the nutrients and other substances therein, their action, interaction, and balance in relation to health and disease and the processes by which the organism ingests, digests, absorbs, transports, utilizes and excretes food substances.” Nutrition science has evolved from the late 19th century with the growing understanding of macronutrients and the physiology of energy, through the early and late 20th century with the discovery of essential nutrients—the vitamin era, the birth of functional foods, and the concept of individualized nutrition.

How the Two Disciplines have Interacted

In the 21st century we are standing on the threshold of great promise for food science and nutrition science. 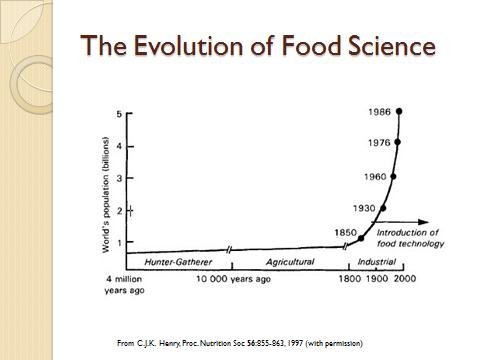 By adding health attributes to foods through fortification, food science and nutrition science have worked together to reduce risk of disease in numerous ways, including the following:

The Current State of the Relationship

Nutrition science and food science and technology each have what might be termed semi-permeable membranes that form the boundaries of the disciplines. Working together across these boundaries continues to lead to the development of healthful foods and healthier consumers.  An example of this cooperative work is the category called functional foods, or those foods that provide a health benefit beyond basic nutrition and impart health benefits or desirable physiological effects.  Such functional foods include, for example, foods fortified with vitamin D to enhance health beyond bone formation such as reducing the risk of cardiovascular disease, hypertension, age-related macular degeneration, cancer and total mortality.  Additionally, studies of the impact of functional foods have shown that increasing the blood levels of long chain n-3 fatty acids significantly reduces the risk of sudden death from cardiovascular disease.

What the Future Portends

Looking back at the evolution of food and nutrition science since the 1800s, the achievements that have brought greater health to millions and that have literally eliminated some diet-related diseases are truly remarkable.  What will be the next frontier in nutrition science—the one that provides the next big opportunity to bring enhanced health benefits for consumers?

Nutrigenomics may provide that opportunity by making possible the concept of personalized diets and personalized food and supplement products. Nutrigenomics is a field of research that focuses on identifying and understanding molecular-level interaction between nutrients and other dietary bioactives with the genome. By understanding how nutrients interact with the genome, better dietary regimens may be designed or novel treatment of important diseases may be addressed.

As they have for the last 100-plus years, nutritionists and food scientists are working together to benefit public and individual well-being through a greater understanding of the role of diet in promoting health.  Stay tuned.

For more information about nutrigenomics go to these websites: