The news reports about the herbicide glyphosate in the last few months are enough to make you dizzy. The seemingly neverending back-and-forth of messages coming from a variety of sources can make it hard to decipher what information is factual and based on sound science.

Like many consumers, you might be wondering what glyphosate is and why we seem to be concerned about it. Glyphosate is an herbicide that is widely used by growers as it is the main ingredient in many commercial weedkillers. In March 2015, the World Health Organization’s International Agency for Research on Cancer (IARC) classified glyphosate as “probably carcinogenic,” sparking wide debate about the safety of the herbicide to human health and its continued application by farmers across the world.

Let’s cut through the clutter and hear what scientists have to say on the matter.

In 2014, the German government, in a review conducted for the European Union, concluded no link to cancer had been established. The European Food Safety Authority (EFSA) conducted a peer review of the German report and the IARC report, concluding in November 2015 that glyphosate is unlikely to cause cancer in humans. This conclusion was subsequently challenged by a group of scientists who petitioned the European Health Commissioner to ignore EFSA’s report. Finally, this week EFSA stated that it stands by its original findings, citing differences in purpose behind 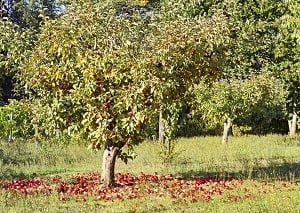 Is your head spinning yet? Yeah, me too.

Let’s break down the two studies to see why we get opposing results. The IARC study is a hazard assessment that essentially tells you that this chemical has been linked to cancer in some way. It does not tell you how likely you are to actually get cancer from it. That’s what the EFSA review looked at to come up with its conclusion that glyphosate is “unlikely to pose a carcinogenic hazard to humans.” Put into broader context, IARC gave the same classification to glyphosate as it gave to red meat, grapefruit juice, fruits (including apples), and working the night shift.

Additionally, IARC’s determination was found by numerous experts to have excluded dozens of studies that found no evidence of glyphosate being carcinogenic. Experts also found IARC’s review to be based on flawed and discredited science, some even going so far as to say the conclusion was “totally wrong.”

The bottom line is that glyphosate has been tested by scientists and regulatory agencies around the world and has not only been found to not be carcinogenic, but also, according to Reuters, to be “among the safest herbicides in use.”

UPDATE: According to news reports, the U.S. EPA’s Cancer Assessment Review Committee (CARC) on April 29, 2016, released its “final report” on glyphosate, dated Oct. 1, 2015, which concluded: “[B]ased on the weight-of-evidence, glyphosate is classified as ‘Not Likely to be Carcinogenic to Humans.'”

CARC criticized IARC for failing to include in its report studies that did not show an association between glyphosate and cancer, while choosing to include flawed studies showing that there were such associations.

However, despite the 87-page document having been labeled as “final,” the EPA later pulled it offline, stating that it had been released inadvertently and that its review was not yet complete.