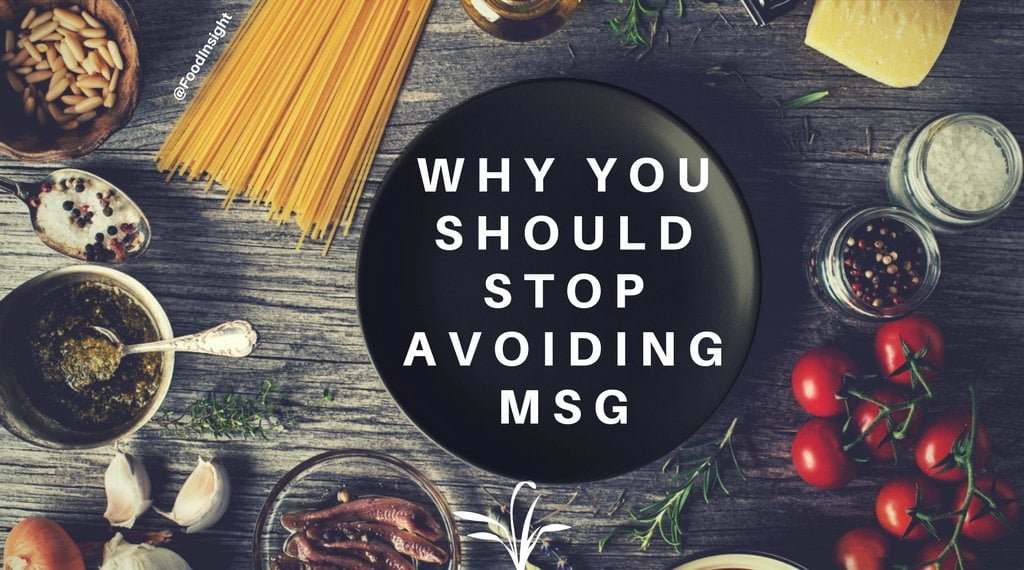 For nearly 50 years, the “infamous” monosodium glutamate, best known as MSG, has received quite the bad rap. MSG, a variant of glutamate, is created when sodium and glutamate combine. It is naturally occurring in foods such as tomatoes, parmesan cheese, meat, walnuts, asparagus, mushrooms, clams and sardines. It has been eaten since the 20th century when a Japanese scientist extracted it from seaweed. On its own, MSG doesn’t have a taste or flavor. However, when added to other foods, it enhances their own flavors, bringing out the savory and umami flavors. Despite its reputation, Americans consume about half a gram of MSG every day.

A recent Washington Post article discusses the roots of MSG frenzy, also referred to as Chinese Restaurant Syndrome and why Americans are still wary of it today, even though numerous scientific studies have determined its safety. The MSG frenzy began in 1968 when biomedical researcher Robert Ho Man Kwok penned a letter saying he came down with an illness from Chinese restaurants — specifically restaurants that use MSG in their food preparation. At the time, MSG was popular, but Kwok’s letter turned the tables. MSG became the enemy substance: Consumers rebuffed it, and scientists began studying it with a more critical eye.

Despite numerous repeated studies which found that MSG does not cause numbness, weakness and heart palpitations — conditions reported by Dr. Kwok in 1968 — many Americans still say they avoid MSG some 50 years after the Kwok experience.  But why?  Why do consumers continue to avoid this ingredient that is approved as safe?

Consumer bias accounts for much of the avoidance. In today’s fear-mongering food culture, food companies are removing many artificial ingredients primarily because of consumer demand. Along with MSG, consumers try to avoid artificial ingredients (preservatives, colors and flavors) as well as sugars and GMOs because of a mindset that consuming them will have negative health consequences.

Even though there are numerous high-quality studies on MSG that report no adverse effects, consumers’ MSG aversion still stands. So why the aversion? Megan Meyer, PhD, the Director of Science Communications at IFIC, shares some reasoning for consumer aversion. Meyer says people will refuse science if it contradicts their personal experience. So if someone thinks MSG made them sick in the past, they’re unlikely to believe the research that says MSG was not the cause of illness.

Still, IFIC Foundation Food & Health studies tell us that many consumers do not trust authorities such as the government, healthcare professionals or the mainstream media when seeking information about what foods are safe for them. Instead, Meyer says consumers trust friends, family and health-centered blogs and websites as their primary influencers. This practice demonstrates a clear lack of trust in science and institutions. At the intersection of a lack of trust in science and the current clean-eating trend, Meyer and other professionals see the MSG mania repeating. Many brands are hearing consumers’ requests to get rid of artificial, chemical and genetically modified ingredients, without acknowledging the scientific claims behind these substances.

Although there are still many MSG misconceptions, presenting it in a positive light may help improve its perception in the future. After all, why fear an ingredient that can bring so much flavor?

This blog was written by Morgan Manghera, a communications intern at George Washington University.