You might be quick to put seaweed into the “sea junk” category too. Even the name itself, seaweed, gives the marine plant a negative connotation. Yet seaweed has actually been called “the next superfood” by some. But what can this plant actually offer? Let’s take a closer look.

First off, what is seaweed? You are probably most familiar with the green, black or brown plants that wash up on the beach. According to the National Oceanic and Atmospheric Association, seaweed is the name given to the countless species of marine plants and algae that grow in the ocean and other water bodies. Seaweed varies in size from microscopic to large, underwater kelp forests.

According to the USDA, raw kelp is a good source of calcium (healthy bones), magnesium (important for overall bodily health) and sodium (helps muscles and nerves work properly). Raw kelp is also a good source of vitamin A, important for eyesight and overall eye health, and vitamin K. Vitamin K plays a key role in helping blood coagulation, which is especially important to control bleeding. Aside from basic nutrition benefits, eating seaweed may have a number of other benefits you may not be aware of.

1. Seaweed can help with diabetes management.

A comprehensive review showed that consuming seaweed can help with diabetes management. It’s low in calories, rich in fiber, and full of micronutrients. How much fiber does seaweed actually pack? Well, 8 grams of seaweed per serving can provide up to 12.5 percent of your daily fiber requirement, which helps blood sugar stabilize throughout the day. Seaweed also delivers functional foods like, such as polyphenols and carotenoids, which can act as antioxidants. 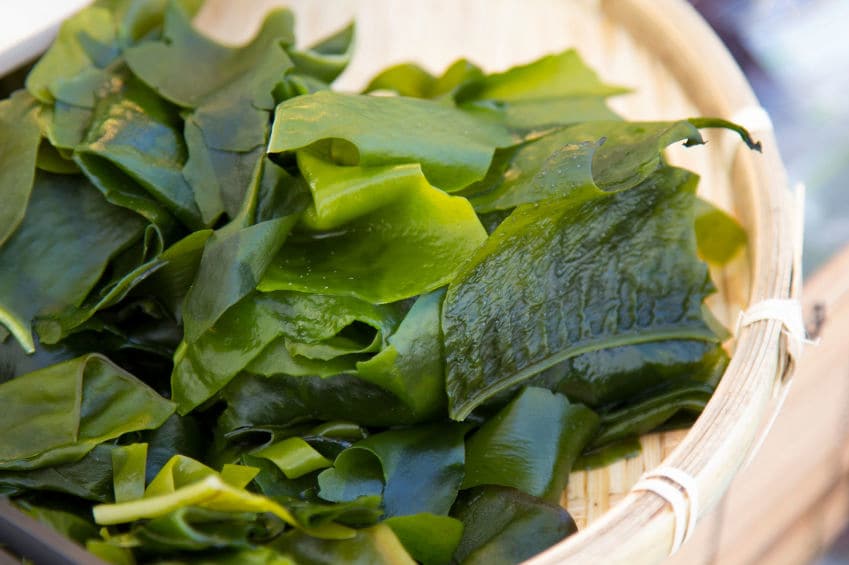 2. Seaweed can be a good source of nutrients, especially for vegetarians.

According to a 2014 study published in the journal Nutrients, nori, a seaweed often used in sushi, is the most suitable plant-based source of vitamin B12. Vitamin B12 is critical for cellular metabolism, brain and nervous systems, and blood formation. Nori also contains high levels of other nutrients that vegetarian diets might be missing, such as iron and some types of polyunsaturated fatty acids. Most sources of Vitamin B12 are animal-derived foods, so for vegetarians, seaweed could be a big boost for getting important nutrients.

3. Seaweed can serve as an iodine supplement.

According to the American Thyroid Association, nearly 40 percent of the world’s population is at risk for iodine deficiency. That can lead to major health problems like goiter, hypothyroidism, and even mental disabilities in children whose mothers didn’t consume enough iodine during pregnancy. The body does not produce iodine on its own, so it is essential to include iodine in your diet.

A recent study found that a variety of seaweed can be a great source of iodine for women. According to the Institute of Medicine (IOM) Recommended Dietary Allowances for iodine, adults over 18 should aim to consume 150 µg (micrograms) of iodine each day. Seaweed iodine content can range from 16 to 3,000 µg per serving, so make sure to check iodine levels. (The IOM has also established a tolerable upper intake level of iodine of 1,100 µg.)

While seaweed is shown to have health benefits, many people aren’t too keen on eating it. It’s just not a food that we’re all used to seeing on our plate. Sure, many types of seaweed aren’t that tasty, but there are ways to incorporate it into your diet. If you’re not a seaweed salad fan, you can use dried seaweeds as an extra ingredient in smoothies, salad dressings, soups, and dips. If you’re looking for a new, nutritious twist, experiment with your favorite recipes. No single food is going to make your diet ‘super,’ but seaweed can be a fun take on your tried-and-true dishes!

This article was written by Laura Kubitz and reviewed by Kris Sollid, RD.